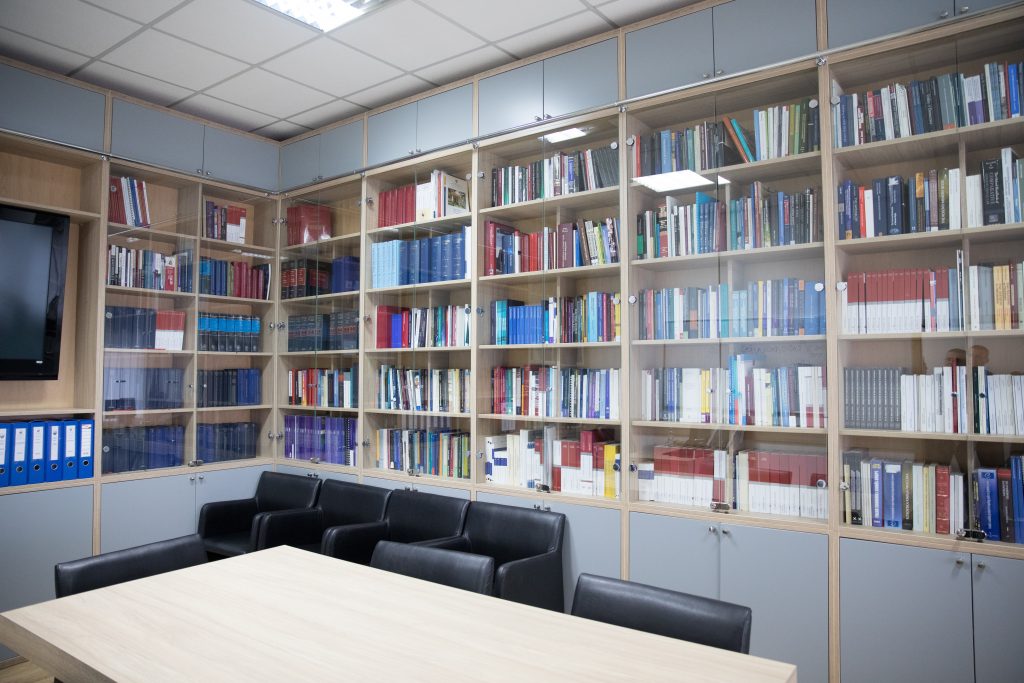 The Court Library was established in November 2010 with the valuable contribution of the Legal Reform Project of the German Agency for International Cooperation (GIZ).

The majority of the materials are in Albanian and English language, but there are also items in French, German, Italian and other languages.

The Library serves primarily to the Court’s staff in their professional research, judicial and publishing activities.

The Court’s Library collection currently counts to 1500 titles in the following subject areas:

Book donations for the Library of the Court can be sent to the following address: