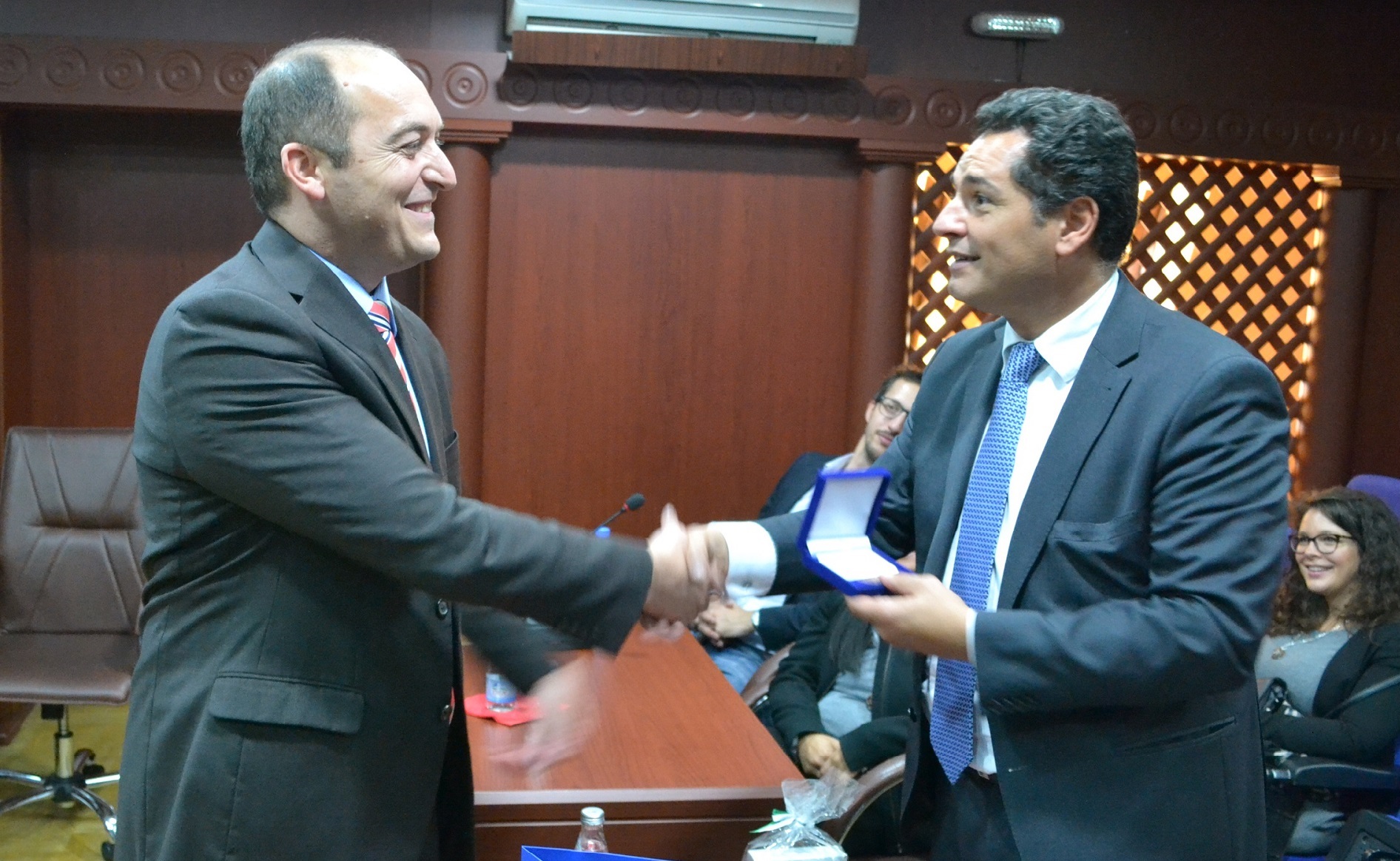 A delegation of Advocates Chamber of the Vaud Canton, Switzerland, headed by the President, Mr. Elie Elkaim, visited the Constitutional Court of the Republic of Kosovo, on Friday, 2 October 2015.

They were received by the officials of the Constitutional Court led by Judge, Mr. sc. Bekim Sejdiu, who informed president Elkaim and his attorney colleagues about the mandate, jurisdiction and the work of the Court, as well as with the implementation of the best practices of the European standards during the case reviews.

The delegation of Swiss attorneys expressed interest for more detailed information regarding the issue of citizen complaints towards the work of judicial organs and other public authorities, as well as their level of representation before the Constitutional Court.

Both parties underlined the importance of providing the appropriate legal advice for the citizens of each country, in order to respect and use more effective utilization of the appealing instances within the respective judicial systems.