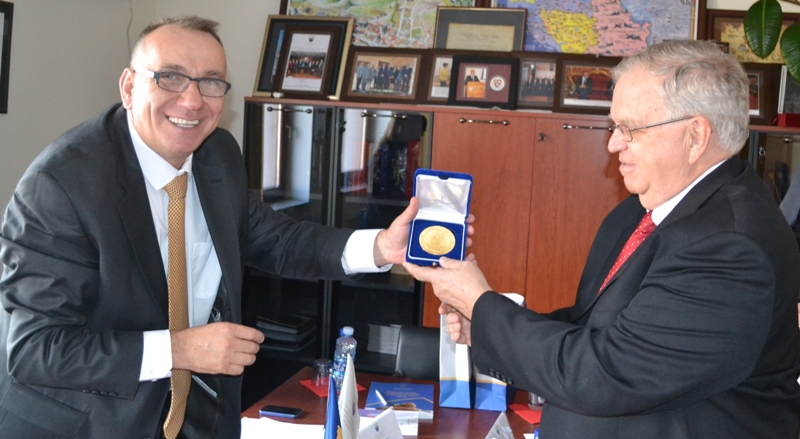 On Monday, 4th of November 2013, the President of the Constitutional Court of the Republic of Kosovo, Prof. dr. Enver Hasani, received Prof. dr. Fred Morrison, Professor of Law at the University of Minnesota in the United States of America.

During the meeting, President Hasani took the opportunity to express his gratitude to all international donors, in particular the United States of America, for their continued contribution given to the Constitutional Court of Kosovo and to the strengthening of the rule of law in our country.

Professor Morrison is staying in Kosovo for a study visit for several days with the support of the US Embassy in Kosovo. During this visit Professor Morrison will deliver a series of lectures on constitutionalism, international law and comparative public law at the Faculty of Law in the University “Hasan Prishtina” in Prishtina and at the Constitutional Court of Kosovo.