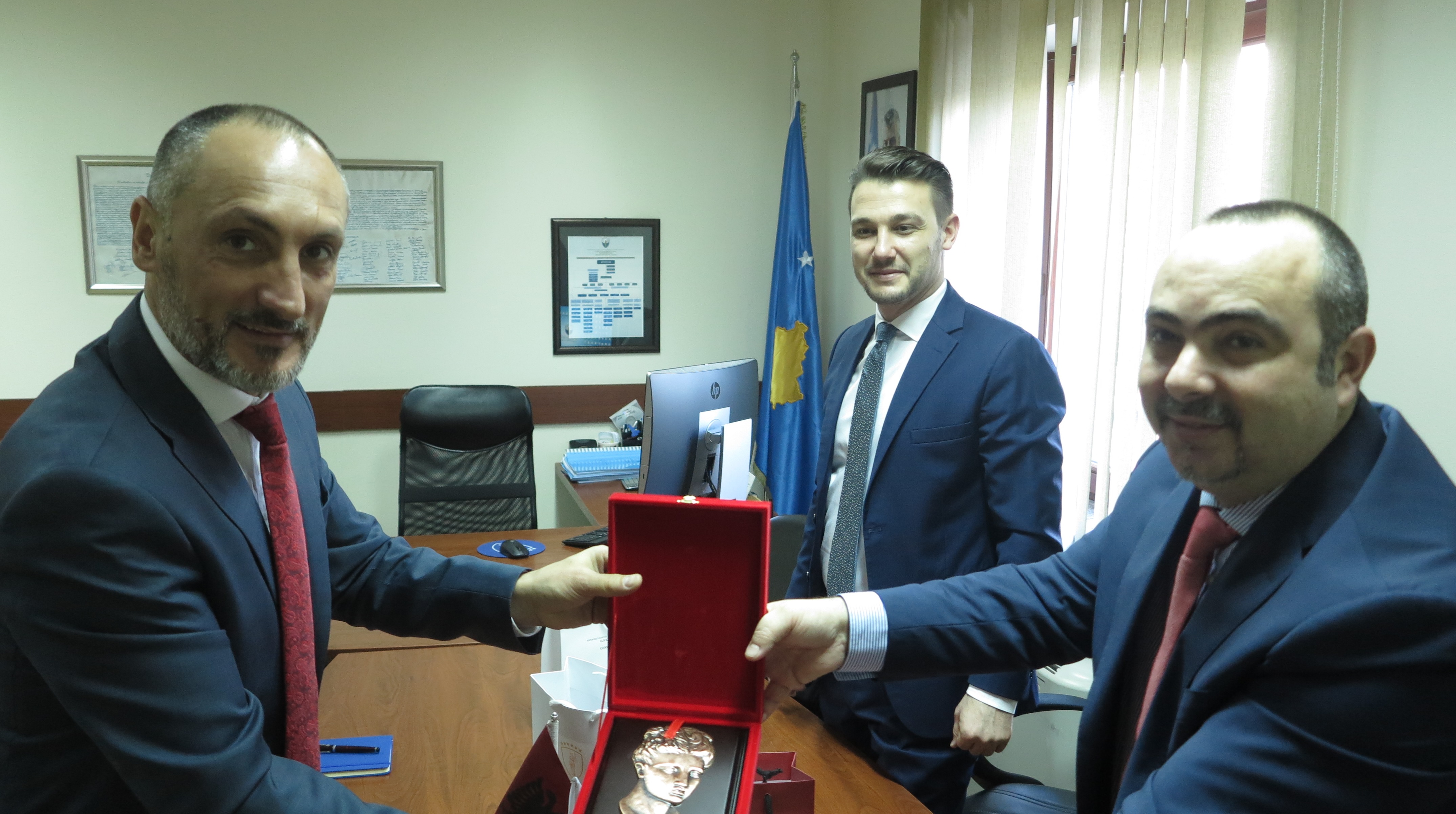 At the joint meeting, the two secretaries discussed important issues regarding the particularities and differences in the organization of work in the administration of the two constitutional courts, the challenges that these institutions face as well as the efforts for further reforms in order to increase efficiency and transparency at work.

After having assessed the bilateral inter-institutional relations as very good, Secretary Vokshi and his counterpart Papandile expressed readiness for further deepening of mutual cooperation through exchange of experiences, organization of study visits and joint workshops, in order to enhance the professional capacities and adoption of the contemporary standards of administration by both courts.