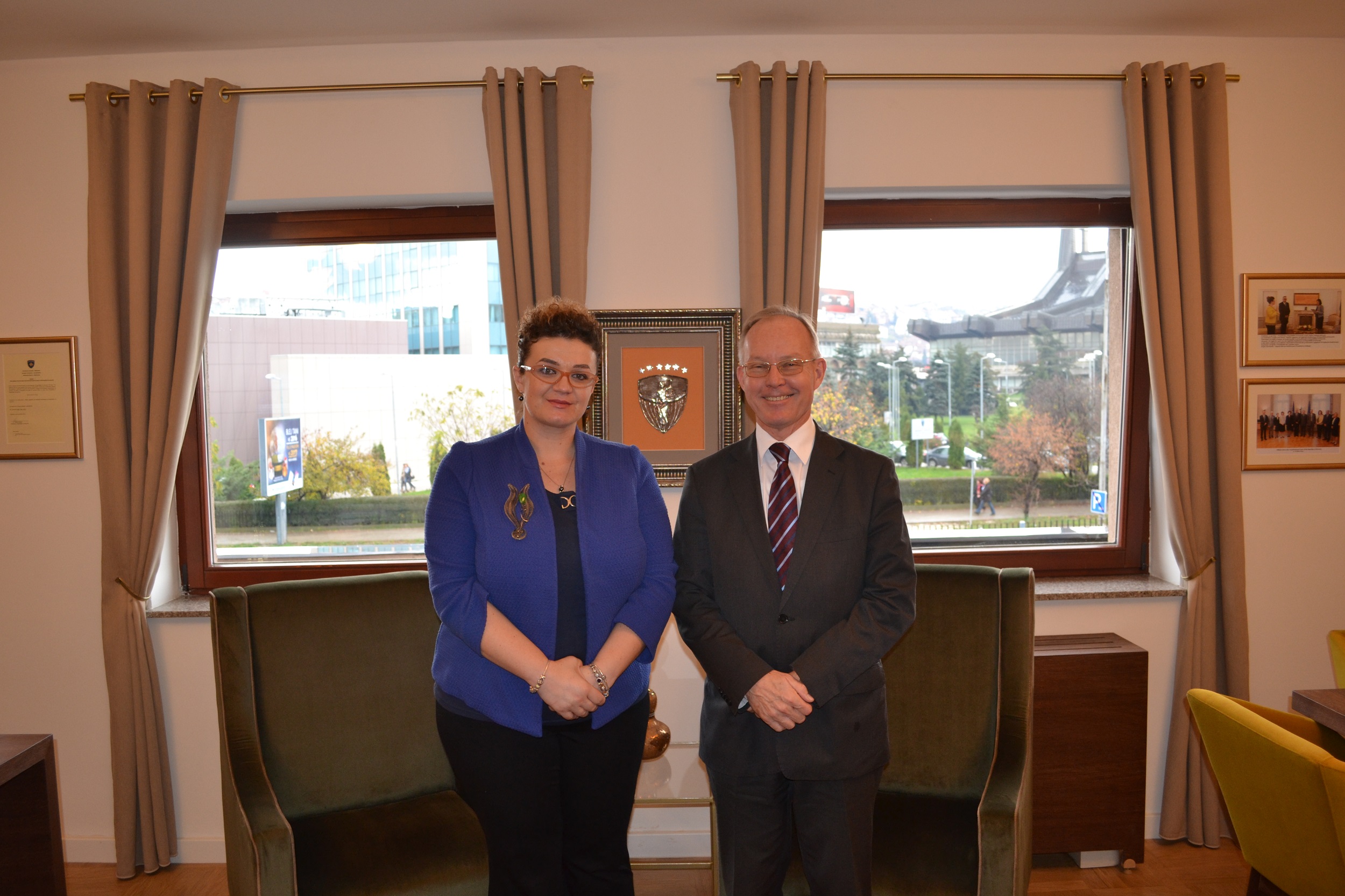 The President of the Constitutional Court of the Republic of Kosovo, Ms. Arta Rama-Hajrizi, received in a meeting the new Head of the Mission of Organization for Security and Cooperation in Europe (OSCE) in Kosovo, Mr. Jan Braathu, on Wednesday, 9 November 2016.

Having thanked Mr. Braathu for his prior engagement and support he has provided to the Constitutional Court while acting as the Norway Ambassador to Kosovo, President Rama-Hajrizi wished him further success in his new position.

Later on, during the conversation, she recognized the important role that the OSCE Mission plays in strengthening the rule of law and promoting the human rights in Kosovo, whereupon she expressed her conviction that the relations between the two institutions will continue to be further intensified through common projects particularly in the field of human rights.

Both interlocutors later discussed general matters related to the progress of the constitutional judiciary, strengthening of the judicial independence and consolidation of legal framework in line with international standards.

The new Head of OSCE Mission, Mr. Braathu, confirmed the willingness of the institution he currently leads to support and deepen the cooperation with the Constitutional Court in all fields of mutual interest.