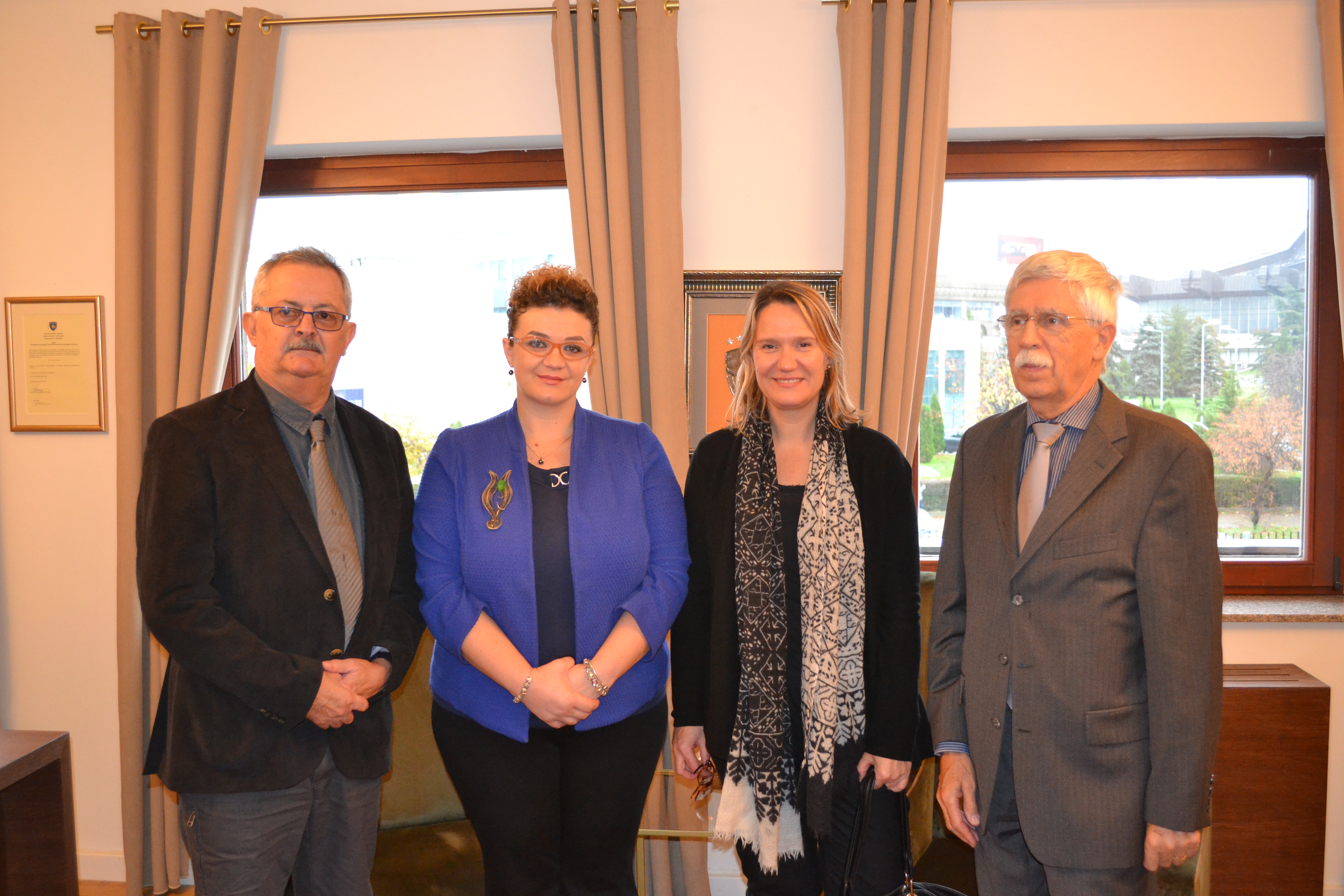 During the meeting, President Rama-Hajrizi informed the guests about the work that the Constitutional Court has done so far, influence of its decisions beyond the field of constitutional justice, cooperation with other international institutions and efforts being made to become a member of the Conference of European Constitutional Courts.

She highlighted the excellent cooperation that the Constitutional Court continues to have with the Venice Commission, particularly mentioning the top-level mutual visits and the continuous contribution of the Court by its responses to various constitutional matters raised via the Venice Forum.

Later on, during the conversation, both parties discussed important matters concerning the submission of applications to the Venice Commission and the important advisory role that this institution plays in the processes of constitutional and electoral reforms in member states.