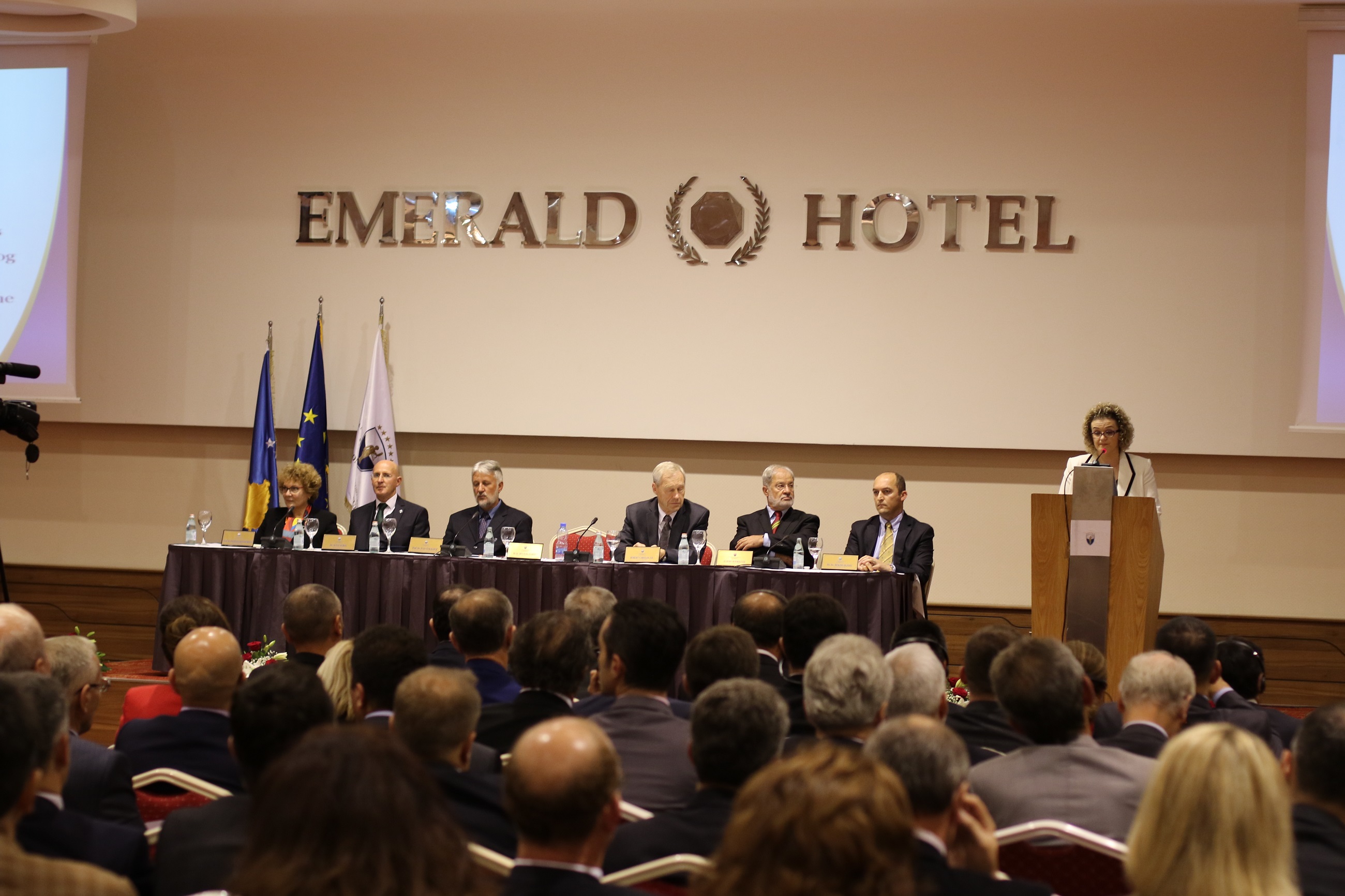 The Constitutional Court of the Republic of Kosovo celebrated the Sixth Judicial Year by a solemn ceremony held at “Beethoven” Hall of “Emerald” Hotel in Prishtina, on Friday, 16 October 2015.

The Ceremony was opened with an occasional speech by the President of the Constitutional Court of Kosovo, Arta Rama-Hajrizi, in presence of the highest state personalities and international representatives in Kosovo, as well as the highest level delegations of the Venice Commission and the constitutional courts of the region and other European countries.

This was the first ceremony celebrating the anniversary of the Constitutional Court of Kosovo, attended also by representatives of the Venice Commission, headed by its President Gianni Buquicchio.

To read the full speech of President Rama-Hajrizi, President Jahjaga and President Buquicchio, please click on the following links:

Speech of the President of the Republic of Kosovo_Atifete Jahjaga