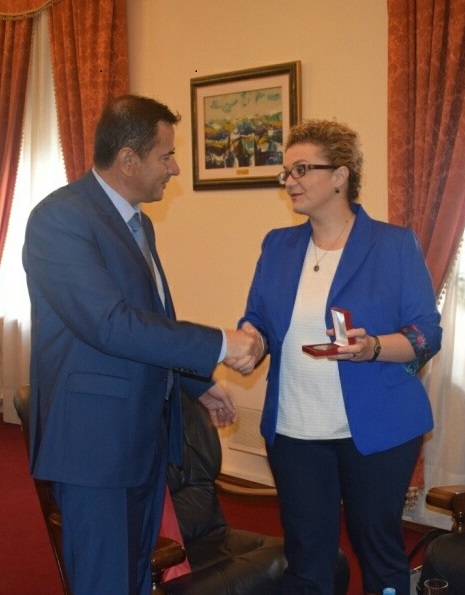 President Rama – Hajrizi was hosted by her counterpart, Mr. Bashkim Dedja, who initially congratulated her on her election as the head of the Constitutional Court of Kosovo and wished her successes in the new duty.

During the meeting, the two Presidents discussed on various topics of mutual interest, focusing on the manner of organization and decision making in the Constitutional Courts of both countries, the increase of professional capacities through the exchange of experiences, and the international cooperation.

Both Presidents underlined the importance of further cooperation with joint projects and exchange of ideas in efforts to overcome current challenges to strengthening and consolidating constitutional justice in accordance with European standards.