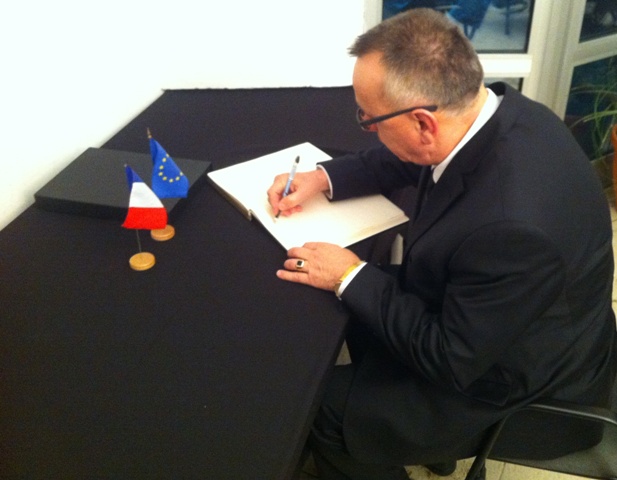 President of the Constitutional Court of the Republic of Kosovo, Prof. Dr. Enver Hasani, has signed the Book of Condolences at the Embassy of France in Prishtina, on Thursday, 8 January 2015, which was opened in memory of journalists and staff of the French satirical newspaper “Charlie Hebdo” who were killed in Paris on Wednesday, 7 January 2015.

“In respect and honor of the freedom of speech and expression”, reads inter alia the message of President Hasani.