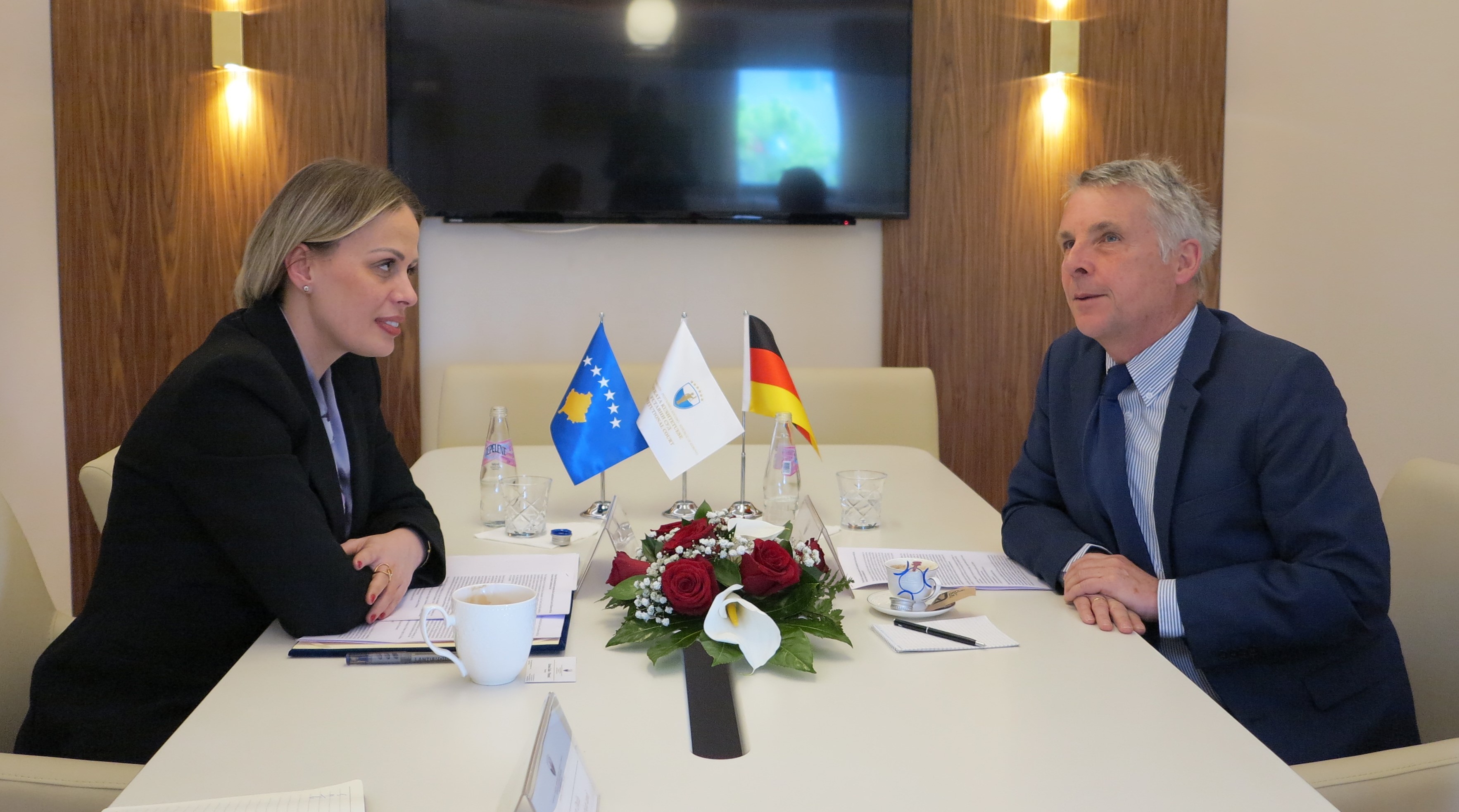 The President of the Constitutional Court of the Republic of Kosovo, Mrs. Gresa Caka – Nimani received in a meeting the Ambassador of the Federal Republic of Germany to Kosovo, Mr. Jörn Rohde.

The work of the Constitutional Court so far, the efforts to increase transparency in the work and to consolidate the case law in line with the standards of the European constitutional judiciary, were among the topics discussed at the joint meeting.

Ambassador Rohde confirmed the commitment of the German Government to support Kosovo institutions in efforts to strengthen the rule of law in the country.