President Caka – Nimani received in a meeting Ambassador of the Netherlands to Kosovo, Mrs. Carin Lobbezoo 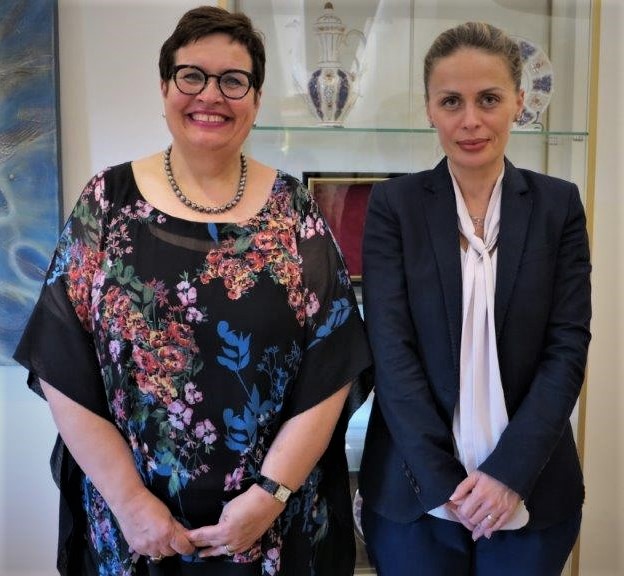 The President of the Constitutional Court of the Republic of Kosovo, Mrs. Gresa Caka – Nimani, received in a meeting the Ambassador of the Netherlands to Kosovo, Mrs. Carin Lobbezoo.

The current challenges in the work of the Court and the priorities in the work during the three-year mandate of the President Caka – Nimani, were just some of the topics that were addressed in the joint meeting.

President Caka-Nimani further discussed the Court’s continued commitment to advancing and consolidating its case law, as well as raising the standards of adjudication and the quality of its decisions.

Ambassador Lobbezoo wished success to President Caka-Nimani in fulfilling her duties as the head of the Constitutional Court and emphasized that strengthening the rule of law in Kosovo is also in the interest of the Government of the Netherlands.